Are you a confident Selfie Taker? Cause I’m not.

I’m 39 this year and we 39ish year old women didn’t have Instagram or Facebook to upload endless gorgeous, edited photos of themselves back in the prime of our lives. All of this social media selfie stuff is relatively new territory for us.

Firstly the posing in public is horrifying for us. I still scan a room to make sure no one is looking when I take a pic, and I probably always will. I gather my friends as quickly as I can, one quick shot and move on before anyone catches a glimpse of us. If I edit, it’s done with my phone hidden under the table- Clarendon is my standard filter (it’s first after “normal”) and then I move on as if nothing has happened. Phew. 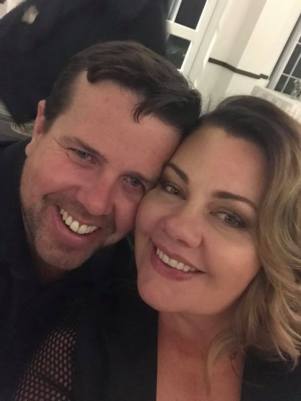 Standard married couple selfie on a rare night out. Laughing. Most likely intoxicated.

Selfies are not new, they are just very different now.

I certainly have plenty of photos from my early twenties when I was living the dream travelling the world with my friends. I have plenty of photos with my eyes half open, singing along to a song and a ciggie in my hand. There’s even some where I was taking a selfie before a selfie was called a selfie. I’d hold my Kodak camera up and using my left hand, because that’s the side the button was on, I’d press that button and then I’d wait a couple of weeks until I could afford to get that film processed to see if the photo even worked.

And while we’re at it, those selfies were NOT edited. This might sound very confusing if you’re under thirty, but believe it or not we had no way of editing our photos before we printed them. We just had to deal with half open eyes, and as it has always been since cameras have been around, you choose the photo that you look best in.

I certainly had a “photo face”. This is not new, women for generations have determined how they looked best and would present that face when asked to smile for a photo. But the photo faces of my time looked pretty different to the ones I see hot young twenty somethings using today. People these days aren’t embarrassed to morph their bodies in the quest to get the ultimate selfie. I only pout when I’m joking about taking a pouting selfie (but every woman secretly loves how she looks when she pouts, that’s why EVERY woman has at least one of these on facie).

I have a mix of friends, women of all ages and life experiences. A couple of years ago I somehow managed to escape my family for a few days and went off to the wineries with a friend who had not long finished travelling the world. This friend, who is absolutely stunning, is one of the most photogenic people I know. We went with her equally photogenic Canadian friend, who I almost felt I knew from all the photos I’d seen on Instagram and Facebook over the years.

While on the trip, my stunning friend and the Canadian appeared almost frustrated with my lack of photo skill. We would take the standard photo at drinks, at dinner, at dessert etc, but my ignorance began to show. After a photo I would reach for my drink/food, innocently unaware that we would need to take several more photos in a range of poses before we could be assured that we had “The One”. After the best photo was chosen, the lovely Canadian began working tirelessly on her phone, editing like a professional. I was clueless.

What began as an innocent weekend away soon became an opportunity to change my photo self like never before. What an education it was. At one point I had my bottom sticking out, I was leaning forward, I channelled a giraffe with my significant neck extension, I tilted my head ever so slightly, and then, almost exhausted, I smiled. The other ignorant thirty somethings also followed the Master’s guidance and we produced something that was literally, borderline magazine stuff. It felt incredibly unnatural, to the point where I thought it was a prank. But it worked. The Canadian was right.

Over the next couple of years I experienced similar situations with various groups of acquaintances. Younger members of each group would pose significantly differently to how I did.

Apparently, it didn’t matter if you looked silly while you took the photo, as long as the photo looked good.

I still don’t feel comfortable having my photo taken in public. I’m a step up from my Mum who literally wants to crawl into a hole every time her picture needs to be taken, but I’m not at the point where I can raise an arm and tilt my head while I prepare to capture the moment before I eat my breakfast at a cafe. I just feel silly.

The obvious exception to this rule is after a few vinos, then I am all over that head tilt. I usually delete those the next morning though, not confident that what I had captured was what I thought I had captured.

There are a few tips I’ve learnt. Firstly, always put your phone above you, you need to look up to eliminate any signs of a double chin. The higher the arm, the skinnier the face. Never, ever look down.

It’s also good to try and get your head in the shot. I’m not great at this, but it is very tricky. Knowing how to press the button on your phone is ideal, if you struggle the more experienced members of your group will probably take over.

If you take the selfie, you will have the biggest head 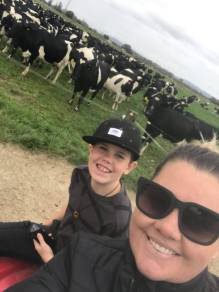 Missed some of my face but DID get the cows in

Next find a great app to edit your pics so that you can eradicate any signs of you looking too much like you. When in doubt, go black and white. Flawless.

While on mum pool duty in Hawaii last year, I spent a good half an hour observing a stunning young girl who spent the entire time seated in the shallows of the pool, capturing photo after photo that didn’t meet up to her apparent incredibly high standards. At one point her partner intervened and attempted to capture The One. He was reprimanded when he didn’t.

My husband then took over pool duties while the kids continued to swim. At dinner that night he recalled the exact experience I had witnessed. That girl was committed, and I hope for her sake she was able to find what she was looking for because if not, she had wasted a good part of her life trying. I had also wasted some of my time in Hawaii watching her, but that’s on me.

This is not me giving young beautiful things a hard time for investing time and effort into getting the perfect pic. If that’s your thing, good on you! I wish I had the self-confidence to snap that hip out and tilt and click. And edit. And post, all with confidence.

But please friends, be careful. By all means selfie confidently, but don’t be one of those people who fall off cliffs or gets washed out to sea while trying to get the ultimate selfie. It’s probably best just to get yourself an instaboyfriend to take those risky ones for you.

There is a compromise for those of us who haven’t been born into this era of selfie perfection. It’s the skinny arm on hip trick. It’s a move that is popular in 35+ mumma circles, usually passed on by an enthusiastic younger niece, friend or Canadian. You know it, it’s where you place one hand on your hip, a head tilt is an optional extension of the move. 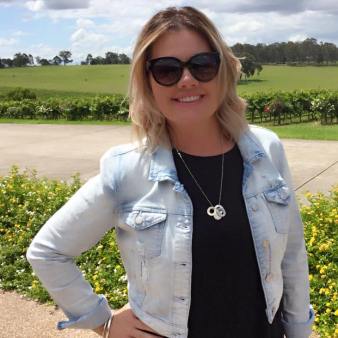 Skinny arm pose. You can tell I feel like a knob here.

Instantly your arm is skinner, and you also appear to be making an effort which is very much encouraged these days. I remember reading this move in a magazine from an interview with a model, she recommended to squeeze your hand on your hip which does something to the muscle things in your arms, this makes them even more, ummm… photogenic. Go and try it now, it’s especially effective if you’re sporting yourself some tuckshop wings. They just go somewhere else for a second. Let me know how you go if you haven’t done it before.

So here I am with one foot in each camp, torn between not wanting to look like a fool in public, but wanting to have a nice pic of myself. I exist in a world where Insta and Facebook have become our photo albums. I can’t decide if it’s vanity to want a nice photo, or that I value myself enough and have the self-confidence to produce a picture I’m proud to share.

I guess it’s whatever you want it to be.

Game of Thrones had it wrong, who cares about Winter coming? We are in for something much, much worse my friends. Summer.

Summer is coming my friends, and it’s important to ask yourself how you will selfie this summer.

One thought on “Check Your Selfie”